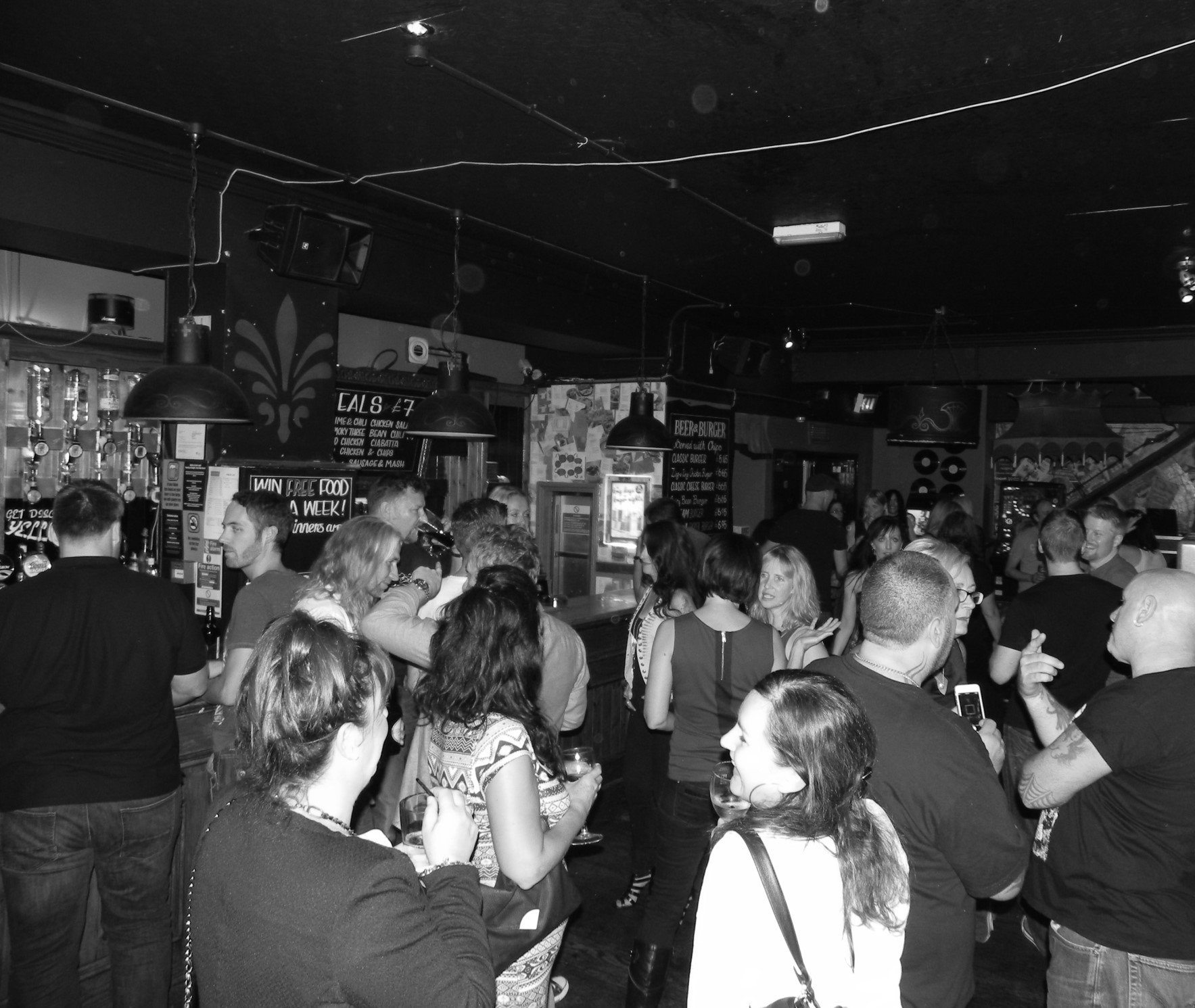 2018 has begun extremely well for us starting with the first of our regular monthly nights at Canvas, Bournemouth, Steamhouse Rock Nights “Live” night on 2nd Feb, where we have special guests appearing live on stage in keeping with the theme of the night and the Steamhouse in general, being air guitar anthems and rock classics.

Special guests were Guns 2 Roses with support from MotorLizzy and I have to say, both bands blew the roof off the club and set the bar extremely high for everyone else to follow. Of course on these nights I do get to DJ before and after the bands, warming up the crowd then taking over the mantle from the bands to keep the atmosphere going and boy did the crowd enjoy it. You can see in the photos on here and our facebook page the happy smiling faces and everyone singing their hearts out holding the inflatable guitars and microphones to help enhance the feeling of being a star. We even let off 2 confetti cannons to add some spice to the night.#

We managed to record the night on video and have produced an awesome promotional video for everyone to see how great the night was.

Our next stop was at Zephyr where we will be playing there every 3-4 months on my own, doing what I do best, playing those air guitar anthems and rock classics and interacting with the crowd in my own style (taking the piss mainly). The bar opens up at 4pm and closes sometime around 5am with me taking to stage at 10pm-2am. It’s a fab night that seems to be attracting more and more people that are new to the Steamhouse night.

The big new of this year was that HOT RADIO asked me to bring my night to the radio and have given me my very own Steamhouse Rock Nights Radio Show 7-9pm every Wednesday evening sponsored by Canvas. Our first show went out on 21st Feb playing a mixture of air guitar anthems, rock classics and featuring some of best new tracks around today. Details to tune in to the show are as follows:

Starting Hot radio means that I now have 2 radio shows, the other being on Chesil Radio which is an internet radio station based out of Weymouth. I have been presenting this show which is aired every Thursday night 10pm-00.00 for just under a year now playing the same format as Hot’s but has more features and there is a heavy push towards playing newer tunes. You can tune in to hear the show on chesilradio.com and via the Tune in app.

Moving forward, our monthly nights at Canvas with Nirvana UK in March (02/03/18), Foo Fighters in May (04/05/18) and Born Jovi in June (01/06/18) are all selling well in fact they are selling too well with each night having only a few tickets left. I have linked up with ROCKIT POOLE who sell the very best quality top rock bands merchandise, so they will be bringing some along for you to buy as well as taking orders for some Steamhouse merchandise. Of course you can pay on the door on each of the nights but the entrance fee will be more.

Scroll back to top
We use cookies on our website to give you the most relevant experience by remembering your preferences and repeat visits. By clicking “Accept All”, you consent to the use of ALL the cookies. However, you may visit "Manage Cookies" to provide a controlled consent. Read More
Manage CookiesAccept All
Manage Cookie Settings

This website uses cookies to improve your experience while you navigate through the website. Out of these, the cookies that are categorized as necessary are stored on your browser as they are essential for the working of basic functionalities of the website. We also use third-party cookies that help us analyze and understand how you use this website. These cookies will be stored in your browser only with your consent.

You also have the option to opt-out of these cookies. But opting out of some of these cookies may affect your browsing experience.
Necessary Always Enabled
Necessary cookies are absolutely essential for the website to function properly. These cookies ensure basic functionalities and security features of the website, anonymously.
Functional
Functional cookies help to perform certain functionalities like sharing the content of the website on social media platforms, collect feedbacks, and other third-party features.
Performance
Performance cookies are used to understand and analyze the key performance indexes of the website which helps in delivering a better user experience for the visitors.
Analytics
Analytical cookies are used to understand how visitors interact with the website. These cookies help provide information on metrics the number of visitors, bounce rate, traffic source, etc.
Advertisement
Advertisement cookies are used to provide visitors with relevant ads and marketing campaigns. These cookies track visitors across websites and collect information to provide customized ads.
Others
Other uncategorized cookies are those that are being analyzed and have not been classified into a category as yet.
SAVE & ACCEPT
Powered by